Only 12% of Generic Drugs Reviewed Were Approved in the 1st Review Cycle, says GAO Report

On August 7th, the U.S. Government Accountability Office (GAO) published its report on generic drug applications.  In the report, GAO comments on the number of products approved on the first review cycle and makes several recommendations for FDA to improve these statistics.

Over the past few years, FDA has made generic drug development a priority, working to increase the efficiency of the approval process and speed approval times.  However, despite these efforts, in its report, the GAO states that of the 2,030 ANDAs that were approved between 2015 – 2017, only 12% were approved on the first review cycle.  Meaning that the other 88%, or 1,790 applications, went through multiple review cycles before finally receiving FDA approval.

ProPharma Group has a 37-year track record of successful interactions with the FDA and ANDAs are no exception to that.  Over the years, we have helped numerous clients with the development and submission of their ANDAs, and to date, 90% of the generic applications that we are involved in get accepted for review the first time around.

According to the GAO’s report, several factors were identified that “may have contributed to whether a generic drug was approved during the first review cycle.”  These include:

The report goes into detail on each of these factors, explaining how each is believed to have contributed to whether or not a generic drug received approval during the first review cycle.

In a review of FDA guidance documents and regulations, the GAO reports that the Agency “has taken steps to enhance communication with applicants to increase the rate of generic drug application approvals in the first review cycle. Specifically, since the beginning of fiscal year 2013 in response to GDUFA, FDA increased communication with applicants prior to, and during, a generic drug application’s first review cycle consistent with its goal of helping applicants prepare approvable applications.”

The changes that have been made include:

According to an interview of five applicants conducted by the GAO, FDA’s efforts to increase communication were generally said to be helpful, however a number of opportunities for improvement were provided.  “For example, four out of the five applicants said that product-specific guidance helps them understand exactly what the requirements are for product development, which can facilitate approval in the first review cycle. However, two of these applicants also said that FDA does not obtain sufficient input from the generic drug industry when developing product-specific guidance documents.”  In an effort to increase transparency, the applicants suggest FDA solicit input from the industry to avoid proposing unrealistic guidance.  One of the applicants interviewed recommended that the Agency “create a workgroup to prevent unintended consequences following the implementation of new and revised guidance.”

In the report, the GAO goes on to explain a number of additional ‘opportunities for improvement’ that the five applicants provided.

GAO states that “FDA took steps to try to increase first-cycle approvals but found cases where FDA’s comments were unclear and potentially hard to address.”  As such, the GAO made two recommendations for to help the Agency address these concerns.  Per these recommendations, the GAO states that the FDA Commissioner should:

According to the GAO’s report, HHS has concurred with the recommendations included in the report, so it will be very interesting to watch and see what comes of these suggestions and what they mean for the future of generic drug approvals in the US.

Are you in the process of developing a generic drug? Are you developing an ANDA for submission to FDA? We can help with all of your FDA-related regulatory needs.  Contact us today to learn more about our services and how we can help you achieve successful interactions with FDA.

According to an infographic report from the California Life Sciences Association (CLSA), FDA approval times have decreased by nearly 50% since 2009.  The infographic, entitled “Tracking FDA Drug...

Earlier this year, FDA published a report announcing that the Agency’s device program has shown “a pattern of markedly improved performance.” Over the past five years, FDA has been working to improve... 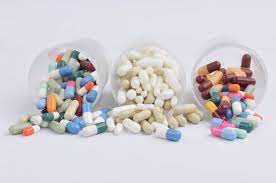