Part 1 of this series discussed confidence intervals. Confidence intervals are the best known of the statistical intervals but they only bound regions associated with population parameters; i.e., the mean or standard deviation of a population. What if instead of the mean or standard deviation we are interested in individual observations from a population? For this we can make use of the prediction interval.

What Are Prediction Intervals?

When to Use Prediction Intervals - Significance of a 95% prediction interval


is the 100(1-a/2) percentile of the student’s t distribution with n-1 degrees of freedom.

All that is needed for a formula to calculate a prediction interval is to add an extra term to account for the variability of a single observation about the mean. This variability is accounted for by adding 1 to the 1/n term under the square root symbol in Eq 2. Doing so yields the prediction interval formula for normally distributed data:

The analyst wants to know, based on the samples collected so far, the two-sided interval within which a single future pH observation is likely to lie with some level of confidence. The average pH, x, in this example is 6.52; the sample standard deviation, var, is 0.11. The confidence level chosen is 95% (a=0.05)

Looking at the probability plot we can see that all of the data fall within the 95% (1- a) Confidence Interval bands. Furthermore, the P-Value is much greater than the significance level of a = 0.05; therefore we would not reject the assumption that the data are normally distributed and can proceed with calculating the prediction interval.

To calculate the interval the analyst first finds the value


in a published table of critical values for the student’s t distribution at the chosen confidence level. In this example,


Next, the values for

, s, and n are entered into Eqn. 3 to yield the following prediction interval:


The interval in this case is 6.52 ± 0.26 or, 6.26 – 6.78. The interpretation of the interval is that if successive samples were pulled and tested from the same population; i.e., the same batch or same lot number, 95% of the intervals calculated for the individual sample sets will be expected to contain a single next future pH reading.

,
we would find the value for

where k is the number of future observations to be included in the prediction interval.

There are also situations where only a lower or an upper bound is of interest. Take, for example, an acceptance criterion that only requires a physical property of a material to meet or exceed a minimum value with no upper limit to the value of the physical property. In these cases the analyst would want to calculate a one-sided interval. To calculate a one-sided interval the analyst would simply remove the 2 from the divisor; thus

is expressed in terms of the predictors using the following relationship:


Adding Eqn. 5 to the other two terms under the square root in Eqn. 3, yields the two-sided prediction interval formula for the regressed response variable

. The ‘hat’ over the y indicates that the variable is an estimate due to the uncertainty of the regression parameters and the subscripted 0 is an index number indicating that y is the first response variable estimated.

Evaluation of Eqn. 6 is best achieved using Analysis of Variance (ANOVA). Below is the sequence of steps that can be followed to calculate a prediction interval for a regressed response variable given a specified value of a predictor.

. The analyst wants to know with 95% confidence the region in which a value for is likely to fall given an arbitrary value of x. The raw data are presented below.

Following the ANOVA procedure outlined above, the analyst first calculates the mean of both the predictor variable, x, and the response variable,

Next, the analyst prepares a table of sums.

After completing the table of sums, the analyst proceeds to calculate the Slope

Next, the analyst calculates the value of the response variable,

Now, before computing the prediction interval, it would be wise for the analyst to plot the raw data along with the predicted response defined by

on a scatter plot to verify the linear relationship. If the data is in fact linear, the data should track closely along the trend line with about half the points above and half the points below (see Figure 3). Data that does not track closely about the trend line indicates that the linear relationship is weak or the relationship is non-linear and some other model is required to obtain an adequate fit. In this case calculation of a prediction interval should not be attempted until a more adequate model is found. Also, if the relationship is strongly linear, a normal probability plot of the residuals should yield a P-value much greater than the chosen significance level (a significance level of 0.05 is typical). Residuals can be easily calculated by subtracting the actual response values from the predicted values and preparing a normal probability of the residual values (see Figure 4).

After establishing the linear relationship between the predictor and response variables and checking the assumption that the residuals are normally distributed, the analyst is ready to compute the prediction interval. The analyst starts by first finding the value for the student’s t distribution equating to a 95% confidence level (i.e., a=0.05). Since the analyst is interested in a two-sided interval, a must be divided by 2. The correct value for t in this instance given that a/2=0.025 and n-2 = 8 is 2.306.

With the correct value for

in hand, the analyst calculates the interval using Eqn. 6 and the predictor value of 5.

Thus, the interval expected to contain the predicted value for y at x=5 with 95% confidence is 19.15 – 32.07. This procedure must be repeated for other values of x because the variation associated with the estimated parameters may not be constant throughout the predictor range. For instance, the prediction intervals calculated may be smaller at lower values for x and larger for higher values of x.

This method for calculating a prediction interval for linear-regressed data does not work for non-linear relationships. These cases require transformation of the data to emulate a linear relationship or application of other statistical distributions to model the data. These methods are available in most statistical software packages, but explanation of these methods is beyond the scope of this article.

In the Part-III of this series we will examine an interval to cover a specified proportion of the population with a given confidence. This type of interval is called a Tolerance Interval and is especially useful when the goal is to demonstrate the capability of a process to meet specified performance requirements such as specification limits associated with a product critical quality characteristic.

Statistical and prediction intervals can be powerful tools for analyzing and quantifying data for your product. Our experts can provide critical consulting services throughout your product lifecycle that will help you to successfully execute projects and bring them to market, while maintaining quality and compliance with applicable regulations and industry standards.

To get started, we invite you to get in touch with our expert consultants or learn more about our Life Science Consulting services. See how ProPharma can help ensure regulatory and development success throughout your product lifecycle!

We saw in Part I of this series how a confidence interval can be calculated to define a range within which the true value of a statistical parameter such as a mean or standard deviation is likely to... 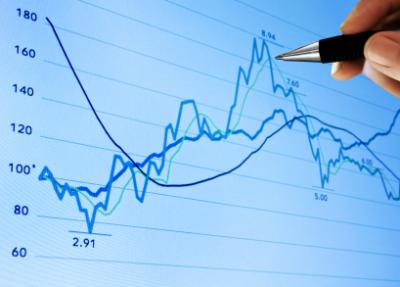