Statistical intervals are staples of the quality and validation practitioner’s statistical tool box. Statistical intervals can manifest as plus-or-minus limits on test data, represent a margin of error in a scientific poll, or indicate the level of confidence associated with a predicted value. But what exactly do all these intervals mean? Why do we need them? This is the first part of a three-part series written to help validation and quality practitioners understand the three most common intervals; namely, the confidence interval, the prediction interval, and the tolerance interval. In this part, confidence intervals are discussed.

Suppose for example, that an analyst is tasked with measuring the pH of ten samples taken from a batch of liquid product. The measurements yield the following pH data:

The average pH, x̄, in this example is 6.52; the sample standard deviation, s, is 0.11. The analyst wants to report the estimated mean pH along with a statement of the uncertainty of this estimate. Using a = 0.05 (confidence level = 95%), the analyst calculates a two-sided limit. For a two-sided limit, the critical value for the t distribution is found using one-half of the value for a; that is, 0.05/2 = 0.025. This value along with the degrees of freedom (n-1= 9 in this case) will be used to look up the critical value of the t distribution. The critical value in this example is 2.262. Entering this value into the two sided confidence interval formula gives:

Just as important as knowing how to calculate a confidence interval is correctly interpreting the interval once it has been calculated. Confidence intervals are commonly interpreted to mean that there is an x% probability that the true population mean is located within the interval. This interpretation however, is not quite correct. The correct interpretation is that in independent sample sets, 100(1-a)% of the calculated intervals will cover the true parameter value.

Figure 3 demonstrates this interpretation graphically. Figure 3 is an interval plot of 20 simulated sample sets of known mean and standard deviation. The plot was generated with a = 0.05. As can be seen in the plot, the known mean falls within 19 of the 20 intervals. The single interval in which the mean does not fall corresponds to 5% of the intervals not expected to cover the true population mean.

In addition to knowing the uncertainty associated with a population parameter, there are also situations where we are interested in knowing beforehand where a next observation is likely to fall. Intervals indicating such a region are known as prediction intervals. This type of interval will be discussed in Part II of the article. 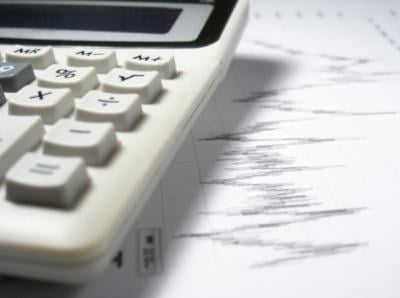 We saw in Part I of this series how a confidence interval can be calculated to define a range within which the true value of a statistical parameter such as a mean or standard deviation is likely to...