FDA Encourages Social Media for Personal Use Amongst Employees 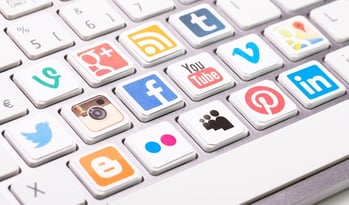 Official Use of Social Media

The policy outlines the roles and responsibilities of the parties involved in publishing official social media posts. Furthermore, the Agency states that “the Office of External Affairs (OEA) Web and Digital Media Staff and Office of Information Management and Technology (OIMT) are jointly responsible for ensuring that the FDA’s use of social media complies with Federal laws, policies, and best practices.” A complete list of how this affects each department can be found here.

The policy also provides requirements for establishing official FDA social media accounts, as well as a number of policies and considerations that the Agency will adhere to when participating in official social media activities.

Personal Use of Social Media

“Principles, guidelines, and standards of conduct that apply to FDA employees in their official duties may apply to employee participation in social media, even in their personal capacity. For example, employees are bound by the Standards of Ethical Conduct for Employees of the Executive Branch, the conflict of interest statutes, the Hatch Act, and the FDA Policy on Use of Government Electronic Equipment and Systems.”

FDA stresses that employees are not speaking for the Agency when posting on social media in a personal capacity. Accordingly, FDA states that it should not appear as though personal posts are reflective of the Agency’s views, and asks employees to remember this when posting. In an attempt to prevent this from happening, employees are not permitted to use their FDA email address when creating social media accounts. In addition, the Agency states that, although personal posts “should not refer to the fact that they are FDA employees in a manner that suggests or implies they are speaking on behalf of the Agency or that the Agency sanctions or endorses their viewpoints or activities,” employees are allowed to include their job title in the area designated for biographical information.

If employees are concerned that their posts may be perceived as representing FDA’s views, they may include the following disclaimer to address this misrepresentation:

“The views and information presented here are mine.”

However, the inclusion of such a disclaimer is not required.

Saving the Best for Last?

The release of FDA’s social media policy is very significant for the Agency, its employees, and industry followers.

In March 2015, Union of Concerned Scientists assessed the social media policies of 17 government agencies that include science in their mission in some way. Of the 17 agencies and departments that were studied, FDA was reportedly the only one without such a policy. According to various blog posts and a report entitled “Grading Government Transparency,” published by the Union of Concerned Scientists, FDA was the last agency (out of 17 agencies assessed) to publish a social media policy.

What are Breakthrough Therapy Designation and PRIority MEdicines (PRIME) Applications? The advancement of modern medicine, and the accessibility of researched and regulated medication, has greatly...

Everything You Need to Know About Emergency Use Authorizations for Medical Devices to Test and Diagnose COVID-19 In early February, the Secretary of HHS declared that the circumstances presented from...

Is social media the next monitoring emphasis for the OIG?

In June 2014, the FDA issued two draft social media guidance documents that may not clearly answer all of the questions that the drug and device industries have about how to use social media to...