The FDA currently offers “orphan status” to drugs and biologics that are being developed as a treatment for a rare disease or disorder, which is defined as a condition affecting less than 200,000 people in the United States. Orphan status was introduced in 1983 with the enactment of the Orphan Drug Act by FDA’s Office of Orphan Product Development (OOPD). The act was passed in an attempt to create incentives for pharmaceutical companies to develop, and ultimately pursue approval, of drugs with rare indications. The incentives of obtaining orphan status include:

The Orphan Drug Act has definitely been successful in increasing the number of drugs with rare disease indications that are being developed and marketed. However, there are still addition issues related to developing orphan products; and additionally, there are still a vast number of American’s suffering from rare diseases that are currently untreatable. FDA has acknowledged this unmet need, and last month the Agency published a draft guidance surrounding some of the commonly encountered issues and challenges by pharmaceutical companies during orphan drug development.

On Tuesday, September 15, 2015, four senators introduced the Advancing Targeted Therapies for Rare Diseases Act of 2015. This act is a bipartisan bill intended to “advance the development of targeted drugs for patients with serious or life-threatening rare genetic diseases.” The bill does not seek to strip FDA of its authority over the approval of orphan products. It confirms FDA’s authority over approvals, and does not seek to change the Agency’s standards for approval.

In a release made by the senators, Senator Elizabeth Warren (D-MA) states that the bipartisan bill is intended to “help innovators advance the next generation of precision medicines.” According to a comment by Senator Orrin Hatch (R-UT), the bill will remove “difficulties involved in conducting conventional trials for genetic subgroups of many rare diseases, this legislation will incentivize new drug development, create greater efficiency in the drug review process, and bring needed treatments to patients faster…”

By introducing a bill of this type, the Senate is helping raise awareness of the challenges that are faced during orphan drug development and showing its support for the companies involved. Although there was not a lot of detail provided in the press release, it will be very interesting to learn more and watch as this bill travels through the process of becoming a law.

Are you in the process of developing a drug with a rare disease indication? We can help you with the process of gaining FDA approval, from obtaining orphan designation all the way through NDA approval. We know it can be difficult to ensure you are adhering to all applicable FDA regulations, and that is why we’re here to help… Combining scientific expertise with extensive regulatory knowledge, we have helped numerous clients with orphan applications as well as all other types of FDA submissions. To learn more about our services and how we can help you achieve a successful interaction with FDA, please contact us. 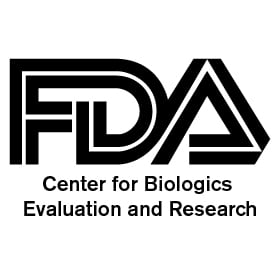 On Thursday, June 2nd FDA released the final Individual Patient Expanded Access Investigational New Drug Application (Form FDA 3926), which is a new form for physicians to use when requesting...