Did you know that 1 in 44 American children is autistic, and approximately 5.4 million adults in the U.S. are autistic as well? It's an extraordinarily diverse group too, as autism spectrum disorder (ASD) is inclusive of race, ethnicity, and socioeconomic status.

With such a large number of children and adults in need of support, you might think that diagnosis is rapid, and assistance is readily available. However, here in the U.S., both timely diagnosis and support is greatly lagging, because the tools we currently have available need significant improvement. As the parent of a child with autism, the lack of early diagnosis and limited availability of state-of-the-art treatment options, is of great concern.

There's good news on the horizon though. The work we do here at M2/ProPharma Group, is helping our client move through research and development to get FDA approval for their cutting-edge diagnostics. The company's medical advancements could be a game-changer for children with autism.

For the most effective treatment options, it's critical that children be diagnosed early, but autism is normally discovered in children between the ages of two and three. Infancy, however, is the period where the brain is most malleable. But there aren’t any diagnostic tests for ASD before 18 months of age. To intervene that early, researchers need to find biomarkers for autism that can be detected in the first year of life.

Currently, the lack of objective measures, such as subjective reviews of behavior and lengthy standardized questionnaires for parents, can lead to longer wait times before ASD is recognized. And, after a diagnosis, many people never receive the services they need because of the limited availability of providers, inadequate insurance, and lengthy waits for interventions. Gaps in care can greatly affect a child's ability to thrive.

There are other barriers to early diagnosis too. Pediatricians sometimes fail to use common screening methods, or ignore them entirely. My husband and I had been concerned about our son, Chris, even before he entered preschool, but our pediatrician told us that he was just "quirky." At the time, his comment made sense to me because I'm quirky as well. But it was really a missed opportunity for an early diagnosis.

We waited until Chris was in preschool, and then contacted the school system for support. We filled out untold amounts of paperwork, and answered page after page of questions that couldn't adequately begin to address Chris' experience. Then, it was over a month before his diagnosis because there simply were, and are, not enough specialists to perform testing. We were lucky though; many parents wait a lot longer before their child is diagnosed, which leads to delays in essential services.

Research by David Mandell, ScD, a professor of psychiatry at the University of Pennsylvania, has found disparities in autism diagnosis in underserved populations. Children in these communities aren’t getting the screenings and referrals they so desperately need. Mandell’s work has also shown that when preschoolers get early intervention in research settings, there are large improvements in communication, daily functioning, social skills and other developmental milestones. And outside of the controlled study, using the same interventions, researchers have evidenced progress as well.

My family has been fortunate to have access to services, but we had to do our own research, and still do battle, to meet Chris' needs. From the age of three, right through elementary school, I took him to the Virginia Institute for Autism for applied behavioral analysis therapy (ABA). It's considered the gold standard for autism intervention. Three to four times a week, for three hours each, we would work with him on reinforcing specific behaviors, such as communication or self-care.

ABA has been life changing for Chris. He's made tremendous strides in language, cognitive abilities and social communication. He can identify and talk about his feelings, greets and chats with friends and family, and manages the nuances of small-talk with people he doesn't know well. There are still daily challenges but ABA has given him tools, which he knows how to reach for and use.

He's still the same wonderful quirky kid he's always been and I wouldn't change him, even if it were possible. The traits that make him unique are a key part of who he is, and an important part of his role in the greater community. Many of Chris' friends struggle far more than he does though, because there are infinite variations within the population of people with autism.

The families who are struggling and the children who have yet to be diagnosed, are why my work supporting companies, that are researching new technologies for early objective autism diagnosis, is so important. I want kids like my son and his friends to have the support they need, while finding solutions for the challenges that may prevent them from living their fullest lives. 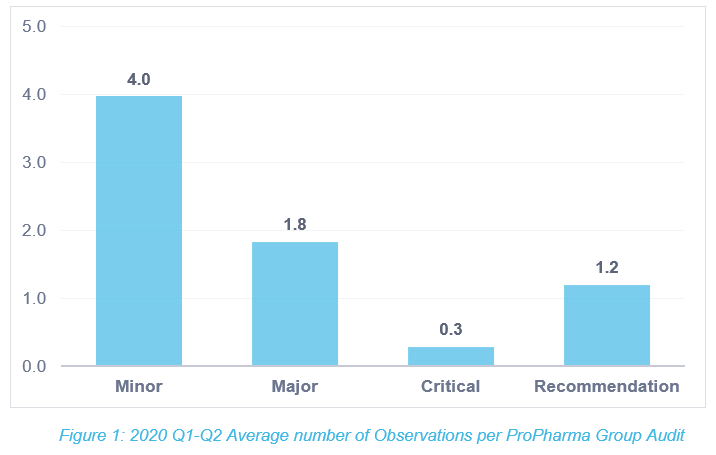 How Many Observations are Hiding in Your Quality System?

Reflecting on 2020, we have become accustomed to the global shift into a world of virtual, remote, restricted, and paused. One no longer flinches when hearing that something has been modified,...

Do You Know Your Quality Score?

We live in a world of measurement and metrics. Running a successful business requires a thorough analysis on the work, sales, and financial results. Of course, identifying and tracking business...