In March 2011, the Tobacco Products Scientific Advisory Committee released a report on the impact of menthol on public health.  Based on the committee’s review of all available evidence, they recommended the ban of menthol.  Following the release of TPSAC’s report, the FDA began a thorough review of their findings and also considered a report on the issue prepared by the tobacco industry.  Stakeholders continue to await the FDA’s final determination and it is unclear when this information will be available.

In the report, TPSAC concluded that the evidence is insufficient to conclude that smokers of menthol cigarettes face a different risk of tobacco‐caused diseases than smokers of non‐menthol cigarettes, but did note that epidemiologic data do not demonstrate increased disease risk in people.  Adding to this body of evidence is a study recently released by a scientist from FDA’s Center for Tobacco Products. The study used 20 years of data from the large nationally representative household health survey, the National Health Interview Survey (NHIS).  Included in the analysis were 6,074 smokers, including 1,417 who smoked only menthol cigarettes.  Not only did the author report no difference in lung cancer mortality or all cause mortality between all menthol smokers and nonmenthol smokers, menthol smokers at ages 50 and over had a lower risk of lung cancer mortality compared with nonmenthol smokers.

This latest FDA study adds to a growing body of evidence that suggests modest to statistically significant reduced risks for lung cancer among menthol smokers.  In the face of a potentially lower risk of lung cancer associated with menthol cigarettes, it will be even more difficult for the FDA to ban them from the market.

FDA Policy on “Off Label” Use Causes First Amendment Fight

After being accused of “misbranding” their product, Amarin Pharma, a pharmaceutical company that manufacturers Vascepa, a cardiovascular health drug, recently challenged the FDA after promoting the...

At the start of every year, we all have these grand plans of everything we plan to accomplish. It is a fresh start to really get stuff done and we have a full 12 months to do it all. However,... 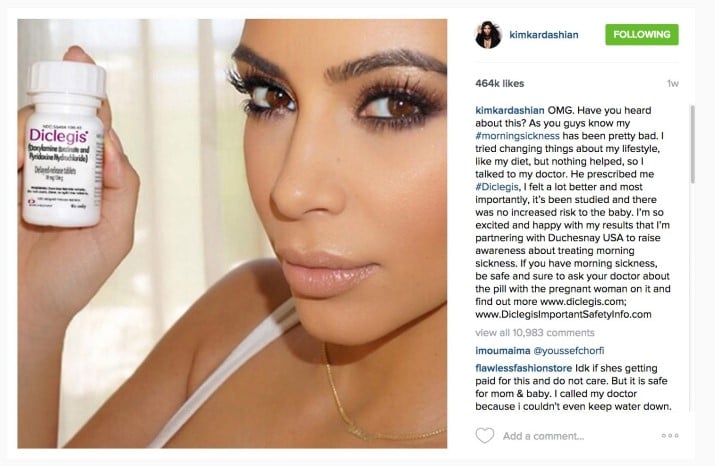 On July 19, 2015, Kim Kardashian posted a “selfie” to her Instagram and Twitter accounts. You may be thinking “She does that all the time… Why would that matter to the FDA?” The selfie in question...