Year in Review: Taking a Look at Pharma’s Top News Stories & Events from 2018

From FDA’s approval of the first cannabis-based product in the U.S., to the classification of two Apple Watch apps and changes in the Agency’s submission requirements related to Sponsor meetings, it’s safe to say 2018 was a busy year for all of us.  As we look back on all that has happened throughout the year, we’ve taken a moment to highlight just a few of 2018’s most noteworthy stories.

FDA issued its De Novo classification on September 11th and, on December 6th, Apple issued a statement announcing the availability of both the ECG app and irregular heart rhythm notification feature on its Apple Watch.
Learn more

On October 31, FDA announced the classification of 23andMe’s Personal Genome Service Pharmacogenetic Reports test, which offers consumers information on whether they possess one of 33 variants across multiple genes that could impact their body’s ability to metabolize certain medications.  On November 1st, the very next day, the FDA issued a safety communication for these types of devices stating that “claims for many genetic tests to predict a patient's response to specific medications have not been reviewed by the FDA, and may not have the scientific or clinical evidence to support this use for most medications” – a real catch 22.

On March 1st, FDA adopted its addendum to the ICH good clinical practice (GCP) guidelines.  The addendum, entitled “E6(R2) Good Clinical Practice: Integrated Addendum to E6(R1),” modified the previous version (R1), which was adopted in November 2016, to add requirements for clinical quality systems and risk-based quality management.  This is a big deal for the industry, as FDA claims the updated guidelines will “improve clinical trial quality and efficiency, while maintaining human subject protection and reliability of trial results.”

Since FDA’s approval of Zarxio in 2015, biosimilars have been a hot topic in the industry and last year the Agency made significant headway with these products.  FDA approved a record-setting seven biosimilar products in 2018, which brings us to a total of 15 FDA-approved biosimilars.

In addition, FDA released its Biosimilar Action Plan last July.  The plan was developed to encourage biosimilar development and competition, and addresses the following four areas: “(1) improve the efficiency of the biosimilar and interchangeable development and approval process; (2) maximize scientific and regulatory clarify for the biosimilar product development community; (3) develop effective communications to improve understanding of biosimilars among patients, clinicians, and payors; and (4) support market competition by reducing gaming of FDA requirements or other attempts to unfairly delay competition.”  In its plan, FDA elaborates on each of these four areas, explaining the details and listing priority deliverables for each.

Last month, FDA took yet another step forward for biosimilars, releasing four guidance documents and a proposed rule aimed at advancing its biosimilar policy framework and increasing competition among biosimilar products.  FDA’s regulatory actions, which were issued on December 11th, began setting the stage for the approval of generic biosimilar products, including a generic insulin product that the FDA could designate as interchangeable with a reference insulin product.  If approved, they could have a monumental impact for not only the biologic community and pharmaceutical industry, but on American consumers everywhere.
Learn more

In June of 2018, FDA announced its approval of Epidiolex (cannabidiol) for the treatment of siezures associated with Lennox-Gastaut syndrome (LGS) and Dravet syndrome, two rare and severe forms of epilepsy.  Epidiolex, manufactured by GW Pharmactuticals plc, is a pharmaceutical formulation of pure cannabidiol (CBD) and “is the first prescription pharmaceutical formulation of highly-purified, plant-derived cannabidiol (CBD), a cannabinoid lacking the high associated with marijuana, and the first in a new category of anti-epileptic drugs (AEDs).”

Of course this was important because it was the first marijuana-derived drug approved by the FDA, but also because it was the first FDA-approved drug specifically for the treatment of patients with Dravet syndrome and “will provide a significant and needed improvement in the therapeutic approach to caring for people with this condition.”
Learn more

Last November, FDA announced changes to transform and modernize the 510(k) program, which is its most commonly used medical device marketing pathway.  In this announcement, Scott Gottlieb, MD, FDA Commissioner, noted that the planned changes would help FDA keep pace with evolving technology and reflect the advances in the safety and capabilities of a new generation of medical devices.  In addition, Dr. Gottlieb also stated that the Agency would be finalizing guidance in early 2019 that would establish an alternative to the 510(k) pathway.  As early 2019 has now arrived, we are eagerly awaiting word from the Agency regarding this new alternative pathway.
Learn more

On June 21, 2018, FDA approved Eversense Continuous Glucose Monitoring (CGM) System from Senseonics Holdings Inc. indicated for the continual measurement of glucose levels in adults ages 18 years or older with diabetes to be used for up to 90 days at a time.  “The system consists of an implantable fluorescence-based sensor, a smart transmitter, and a mobile app for displaying glucose values, trends and alerts on the patient's compatible mobile device (smart phone, tablet, etc.).”

This was a monumental approval for the diabetes community as it “is the first and only CGM system to feature an implantable glucose sensor and provide long-term continuous monitoring.”  In addition, Senseonics noted that 70% of patients struggle to control blood glucose levels and hypoglycemia is prevalent among insulin users.  Despite these facts, CGM technology has historically been significantly underutilized for a number of reasons.  However, containing a “fluorescence-based sensor, a smart transmitter worn over the sensor to facilitate data communication, and a mobile app for displaying glucose values, trends and alerts,” the Eversense System addresses many of the barriers to CGM use.

On August 7, 2018, just six weeks after receiving FDA approval, Senseonics began the US commercialization of its Eversense CGS System and diabetes clinics in the United States began offering the product to patients.

Early last year, the Agency stated that it approved a record number of generic drugs in 2017.  However that record was broken yet again in 2018.  In August, Scott Gottlieb, M.D., FDA Commissioner, announced that the Agency approved or tentatively approved 96 generic drugs in July, which is more than ever before in a single month.  However, in that record number was blown out of the water in October, when FDA approved 110 generic drugs and tentatively approved 18, totaling 128 approval actions for the month.  In addition to the significant number of approvals, in October FDA also released a series of guidance documents related to the development of generic transdermal and topical delivery systems (TDS) and issued 25 product-specific guidance documents to provide recommendations for applications for such complex products.  Needless to say, the Agency is taking its commitment to promote patient access and facilitate generic competition very seriously.

In July, FDA issued a voluntary recall of several medicines containing valsartan following the detection of an impurity (N-nitrosodimethylamine (NDMA) – a substance classified as a possible carcinogen after it was found to increase the occurrence of cancer in animals).  The initial recall included products from just three companies, however as the Agency’s investigation continued, the list expanded to include products from more than 20 companies.

The valsartan impurity issue has identified a flaw in the generic drug approval process.  Innovator companies that develop a new molecular entity (NME) and want to bring it to market are required to conduct numerous nonclinical and clinical studies demonstrating that their “new” drug is safe and effective.  One of these studies is a carcinogenicity study, which is designed to identify a tumorigenic potential in animals and to assess the relevant risk in humans.  A generic company that wants to develop a copy almost always buys the active ingredient from a different source than the innovator, which is often manufactured using a different synthetic pathway than the innovator.

The FDA is still in the middle of its investigation and is updating its list of recalled products as well as its list of valsartan products not under recall.  It will be interesting to see what 2019 holds for these products as the Agency works to get to the bottom of this issue that was exposed last year by the Valsartan recall.

1. Changes in requirements for submissions related to Sponsor meetings

Last, but certainly not least, throughout 2018 FDA made a number of changes to its requirements for submissions related to Sponsors meetings.  These changes were made at various points throughout the year and although some of them were published in guidance documents, etc., others were not formally announced at all, but rather are things we have learned through recent interactions with the Agency.

This is perhaps the most impactful thing to happen in 2018.  Some of the biggest changes to FDA’s submission requirements related to Sponsor meetings include:

Last year was eventful for everyone in the pharmaceutical, biotech, and medical device industries.  We hope your year was a great success and that you accomplished everything you set out to achieve. As we prepare for another big year ahead, we hope you are prosperous and successful in 2019.

Do you manufacture an FDA-regulated product? Are you seeking FDA approval for a drug, biologic, or medical device? We can help with all FDA-related matters.  Using our unique approach combines a deep scientific knowledge with vast regulatory expertise, we have a lengthy track record of helping our clients achieve successful outcomes with FDA. Contact us today to learn more about our services and how we can help you.

About 15 years ago, I was a project management director responsible for moving monoclonal antibodies (MABs) from Phase III clinical to commercial manufacturing. I had the distinct pleasure of working... 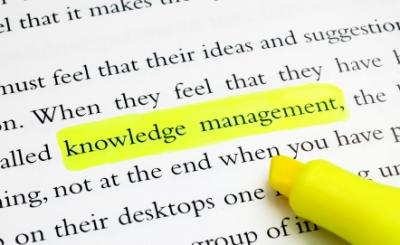 Critical Elements of Knowledge Management in a Pharmaceutical Quality System

The concepts detailed in ICH Q10, Pharmaceutical Quality Systems (PQS) are commonly understood and are progressively being employed in modern quality management systems. The intent of the PQS...

In August 2002, the FDA announced the Pharmaceutical CGMPs for the 21st Century Initiative, which explained FDA’s intent of integrating quality systems and risk management approaches, and had a goal...