Back to all Press

FDANews
Drug Industry Daily
Nov. 21, 2014
Europe’s drug regulatory agency has revised the conflict of interest policy for its scientific committee members and experts, a move that one attorney says recognizes the reality that most knowledgeable specialists have at least some commercial involvement.
The updated document, released by the European Medicines Agency last week, aims to strike a balance between restricting involvement from potentially impartial experts and maintaining access to their input on scientific assessments. The new policy will carefully consider the nature of a declared interest before determining the length of time a person must wait before serving on the committee.
Those with a direct interest will face the toughest restrictions on participating. For example, a pharmaceutical executive or lead developer of a product will face a lifetime ban on participating in a committee that is concerned with that person’s company or its products. The new policy, however, will allow others to participate immediately, once a conflict is no longer present.
The EMA recognizes that an overly rigid approach may limit the availability of expertise, said Noel Wathion, the agency’s chief policy advisor. The updated policy should now allow a level of involvement better tailored to the interest profile of each expert, he said.
The policy shows the EMA realizes that practically every expert is engaged in the industry, said Matthew Weinberg, who is familiar with European regulations. But he stressed the importance of ensuring people with direct conflicts aren’t making decisions that could be considered inappropriate. The appearance of impropriety might well be greater than the actual impropriety itself, he told DID.
The new policy takes effect Jan. 30, 2015. Read the EMA guideline here: https://www.fdanews.com/11-14-EMA-Guideline.pdf. — Jonathon Shacat 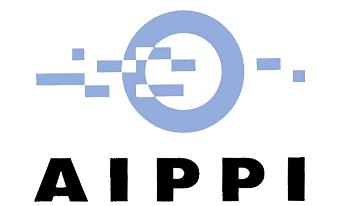 WASHINGTON, DC – April 17, 2018 – Matthew Weinberg, Chief Executive Officer of The Weinberg Group Inc., will be speaking at the International Association for the Protection of Intellectual Property’s...

In this article CEO Matthew Weinberg discusses the downsides to self-auditing good clinical practice and the need smaller, more proactive audits, on the other hand, can provide a more intelligent...

We are proud to announce that ProPharma Group has been named one of Ingram’s 2013 Top 100 Fastest-Growing Companies in the Kansas City area. The rankings, released late last week, are based on gross...