Generic Failure: Why so Few ANDAs Are Accepted by FDA on the First Pass

Generic drugs are immensely important to the U.S. healthcare system. These drugs account for 89% of the prescriptions dispensed in the United States. And, over the last decade, generic drugs have saved consumers more than $1.67 trillion.

Even with the significant annual rise in the number of generic drug approvals in 2017, very few ANDAs are accepted by FDA on the first review.  Because the FDA follows codified regulations and issues guidance documents that represent the Agency’s current thinking on a particular topic, this high percentage of rejections is apparently based upon the content of the applications. Consequently, the success or failure of the application lies squarely in the hands of the sponsor.

The Purpose of the ANDA

An ANDA contains data that provides for the review and ultimate approval of a generic drug product. Generic drug applications are called “abbreviated” because they are generally not required to include preclinical (animal) and clinical (human) data to establish safety and effectiveness. Instead, the sponsor must scientifically demonstrate that its product performs in the same manner as the innovator drug. Once approved, the sponsor may manufacture and market the generic drug.

The generic drug market is intensely competitive. It pays to be the first on the market. Not being first can mean the difference between a generic drug’s success or failure. With so much at stake, it’s essential that sponsors submit a comprehensive and scientifically sound ANDA.

From a high-level view, the two major reasons for ANDA rejection is the Agency’s refusal to receive the application as submitted and a determination of lack of equivalence.

According to RTR Guidance issued by the FDA, in 2015, the Agency refused to receive 14% of all original ANDAs. The five most frequent bases for an RTR determination were (in order of frequency):

Sponsors who receive an RTR letter will be refunded 75% of their ANDA filing fee. In 2017 that fee was $70,480. They can then choose one of two response options. They can request the FDA to rescind the RTR if they believe that all necessary information was provided in the original ANDA or if they believe that the Agency has issued a RTR for a reason which is outside the scope of the RTR guidance. This option is free. The second option is to resubmit the ANDA with the additional information requested in the RTR letter. The sponsor must also pay the full ANDA filing fee again.

Avoiding this pitfall means making sure that the ANDA is complete in form and content. Even though there may not be a glaring deficiency in the application, small deficiencies add up to one big one.

After clearing the first obstacle, an ANDA may still get rejected if it fails a substantive analysis of the application. To successfully develop, manufacture, and market a generic drug, the sponsor must prove that the generic drug is equivalent to the innovator drug. Proving this means submitting an ANDA that demonstrates that the drug is pharmaceutically equivalent, bioequivalent, and therapeutically equivalent.

Failure at this stage can be due to a range of issues. To decide on next steps, the sponsor must look to the language of the FDA’s complete response letter to determine the grounds for rejection. For instance, if the Agency’s position is that bioequivalence was not established, the sponsor can conduct another bioequivalence trial and resubmit the ANDA based on the new data.

Get Your ANDA Approved

The FDA never stands still. Their standards for ANDA approval are constantly evolving. This causes many sponsors to miss the mark with their generic drug submissions. Here’s where we can help. Because we work alongside so many clients throughout the ANDA process, and we see the FDA’s feedback, we have our fingers on the pulse of what their current standards are. Based on this knowledge and experience, we make sure that the original ANDA is as complete as possible and has the best chance of getting approved on its first pass.

Let us help you through the generic drug development process.  To learn more about our services and how we can help you facilitate successful interactions with the FDA, contact us today. 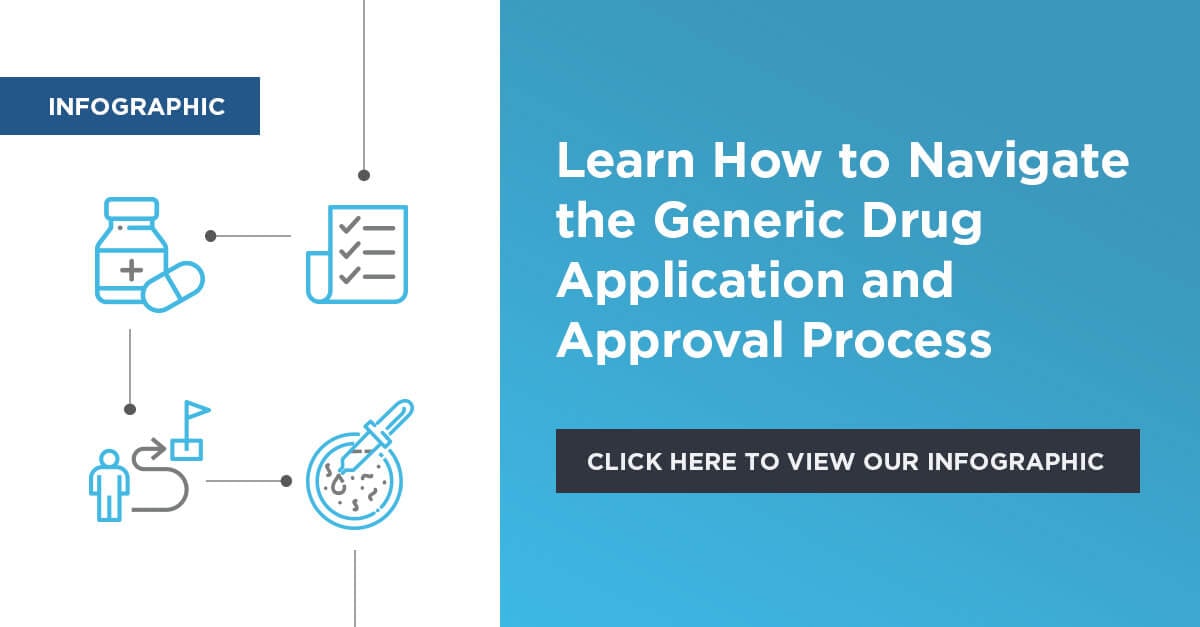 Why are so few ANDAs accepted by FDA on the first pass?

Generic drugs are immensely important to the U.S. healthcare system. These drugs account for 89% of the prescriptions dispensed in the United States. And, over the last decade, generic drugs have...