If you are like the majority of those who have worked in the biotechnology and pharmaceutical industry for at least the last five years, your company has been part of a merger, acquisition or some sort of corporate consolidation. Exciting and opportunity-filled times, yes maybe. Confusing and sometimes frustrating times, yes definitely. As a validation professional, you won’t be mired in the finance and administrative structure of the new organization but after the initial dust settles and a few inspections of the new Quality Systems have occurred, you can be sure that corporate validation standards will be addressed. So who’s standard do you use now anyway... theirs, mine or ours? The true effort comes when it is time to go through those standards to harmonize and adapt. The one element that you must hold true to is that you should be the expert on your own process and facility, and as such you must do them scientific, practical and achievable justice.

Theirs, Mine and Ours

Corporate standards are seemingly ubiquitous now. Unless the company being purchased is so small that standards have yet to be drafted or if the acquiring company is coming from a vastly different field, there are generally validation standards or quality systems that the one company will have to bring together and make work across the divisions. So whose do you use? In some instances the answer is easy. If the new division is so vastly different from the parent company, sometimes it makes sense to keep both sets of standards. Such is the case of internet and computer technology giants buying smaller biotechnology start-up firms to diversify their portfolio. But the majority of the mergers and acquisitions that have occurred are of traditional pharmaceutical company buying a biotechnology company or two medium sized and already well established companies coming together to broaden their portfolio of clinical entities. In the latter two examples, validation and quality standards are most certainly already in the mix. In that case, some sort of corporate governance structure will need to be established prior to commencing cross division and cross site adoption of those standards. Ultimately, the expectation of a unified company is that the standards will all be adopted as ‘ours’ but that may come after a prolonged period of ‘theirs’ and ‘mine’.

Harmonization efforts have often been likened to herding cats. Well, it doesn’t have to be. The first step is to have a committee or governance structure that will be the final arbiter of contentious issues. Once that organizational structure is in place, then there should be an adaptation of the major bullet points to be contained within the consolidated Standard. Getting agreement on the major/high level principles on the first pass will allow focus and expediency on the subsequent rounds of harmonization efforts. The approach should be to establish the common ground first. Once established the follow-up exercise should be one of consensus building from the broadest range of the new corporation. Only as a last resort should product line and manufacturing site exceptions and variances be allowed. The best efforts are often resolved by digging deeper into the scientific details that are deemed the root of perceived impasse to harmonization.

Know and do justice by your own process

Clearly process knowledge and understanding are at the root of all current good manufacturing practices and regulatory expectations as called for in all current FDA and ICH guidance. Therefore, that spirit of scientific understanding should also guide the Standard harmonization at the corporate level. Those scientists and engineers with the deepest process knowledge from the various corporate divisions and manufacturing sites should be called upon and guided by an individual from the new corporate structure to ensure that all concerns and points of view on a scientific disagreement are refereed with impartiality and fairness to all parties. That corporate referee is expected to be the voice of the consumer and/or patient in being the arbiter of the corporate standard. Those making the case for one standard or another, furthermore should be guided not by what is easiest for their site, product line or what causes the least amount of work but rather by what, like the referee, must be done in order to ensure their manufacturing process protects the consumer and the patient. In the case of last resort, conducting a risk assessment and estimation should clarify the need for either union or justifiable differences.

In sum, harmonization efforts of validation standards need not be as painful as often billed. Sometimes the new corporate standards are even better than the existing ones. Certainly smaller firms that have not had the opportunity to put their own corporate standards together, either due to size or lack to time and experience, will immediately benefit from the umbrella of a new set of corporate harmonizing structure. Often times, harmonization and adaptation efforts are stymied because reviewers get bogged down in the details too early and dig in their respective heals without seeing that they actually do agree on the majority of the principles. Peeling back the layers and appreciating the structure and logic of a standards document can often times facilitate harmonization efforts. Ultimately, scientific reasoning and rationale must prevail in the agreed upon Standard approach and document wording and meaning. Investment in process knowledge and understanding is critical for both patient and process health and also corporate validation Standards good adherence health to the same.

Learn more about ProPharma Group's Process Validation services.
Contact us to get in touch with Alfredo or one of our other subject matter experts for a customized presentation. 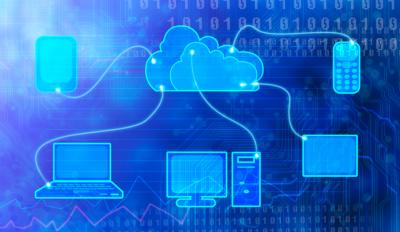 Looking to the Cloud for your Business

It’s a Friday afternoon. Quarter’s end. Your V.P. of Regulatory Affairs calls your office bellowing something about not being able to process the latest submission data- can’t access the system. Then...

The core of my background was built upon analytical development science for biotechnology companies including Celera and Genentech. It became routine to develop analytical assays to test products... 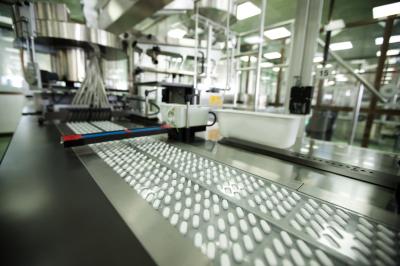