The Importance of Responding to FDA 483 Observations 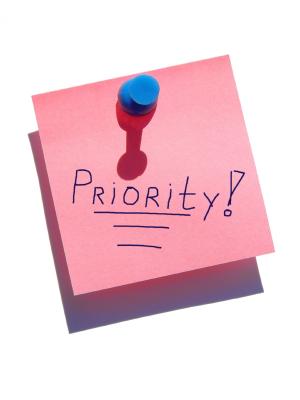 The FDA has an established policy that allows companies 15 days to respond in writing to the FDA after issuance of a 483 observation.   More specifically, the written response must be received in the allotted time span if the company wishes to have their comments considered while the FDA is deciding to issue a warning letter or not.

Given that a 483 could be considered by the FDA as a possible violation of regulatory law and the fact that a warning letter is incrementally more serious than a 483 observation, most companies are going to take the opportunity to respond within the 15-day allotment.  Responding to a 483 observation is technically not required by law; however the FDA expects a response.  Failure to do so “raises eyebrows” within the agency and invites a host of questions that are undeniably negative. For example, the FDA may ask themselves if they are dealing with a company’s arrogance, indifference, incompetence, and/or defiance.  Dealing with the FDA is challenging enough without unnecessarily whacking a hornet’s nest with a stick.

While the majority of 483 observations do not result in subsequent issuance of warning letters, it is still critical to respond to the observation promptly and accurately.  The response submitted to the FDA should indicate that rapid and voluntary correction(s) of the issue(s) cited in the 483 are being addressed.  The response should contain sufficient details that point to a remediation plan that includes, but is not limited to,  a timeline, responsible individuals and departments, identification of other necessary resources, the identification of relevant documents, and what is considered to be the preventive action that would preclude recurrence of the problem.

The objective of the written response is to signal to the FDA that the company takes the observation seriously and to provide a level of assurance that the issue(s) will be corrected rapidly.  If the FDA perceives that the company is taking prompt and reasonable steps that are likely to be effective, they may rationalize that a warning letter is not necessary or required.  Therefore, an accurate, well written and thoughtful response is in the company’s best interests as the primary consequences of a warning letter are the bad publicity (the FDA’s web site posts all warning letters issued), and the time and expense to take the necessary corrective actions, and to deal with the FDA.

Of course, it is critical to follow-through on the commitments made in the response letter.  To be sure, the FDA will follow-up on the observation in subsequent inspections.  Given that the GMP regulations can be summarized as a quality management system policy of “saying what you do and doing what you say”, be sure to verify the latter when it comes to addressing any 483 observations.

In October 2009, the FDA issued a guidance document regarding its expectations for investigators during the conduct of clinical investigations.The guidance, entitled Investigator...