The FDA’s homepage contains an item in the Public Health Focus section from the Office of Communications entitled “Don’t Use Expired Medicine.” Given this mandate, I recall from many years ago the following conundrum. A known hemophiliac patient, with a potent inhibitor to human factor VIII was bleeding uncontrollably, and all available porcine factor VIII in the pharmacy was out-of-date.

Porcine blood product was the only effective treatment at the time for this clinical situation in which factor replacement with human material was pointless. Vigorous discussion ensued regarding the chances of lessened efficacy of the available vials. This was not just an academic question, given the cost of treatment to prevent fatal bleeding in this patient was expected to be greater than $50,000. No one considered whether the product might prove toxic, but that was because the treating physicians were relatively ignorant about the processes of drug denaturation and production of degradants, and the risks from these processes.

Reading this FDA communication was a reminder that expiry dates are driven by the availability of supportive stability data. Stability studies generally are sufficient to demonstrate an economically-viable stability period such as 2-3 years, yet rarely have such studies been carried out to demonstrate the success or failure of the medication’s stability at points later than the designated expiration period.

Despite this data limitation, many thoughtful arguments have been espoused over the years regarding the potential for recycling expired medications, especially to avoid the waste of expensive and/or limited-availability drugs.

An FDA/DOD program to produce data on actual shelf lives of medications (SLEP, the Shelf Life Extension Program) has evaluated extended stability profiles for a couple of decades, finding, not surprisingly, that the majority of tested drugs retain adequate stability of at least a year, or longer, than their labeled expiration dates.

Specifically, testing 3,005 lots of 122 drug products that were near their expiration date found 88% extended beyond expiry, with most showing continued adherence to USP or product release specifications, and extended stability of 62 months. Some medications, such as naloxone, halothane, fentanyl and others had 100% demonstrable stability of lots for at least 4-5 years after expiration. For most drugs, however, stability beyond expiration showed considerable lot-to-lot variability such that periodic testing would be required to guarantee adequacy of the medications.

Furthermore, a 2012 study by Dr. Lee Cantrell and researchers involved testing drugs that were a whopping 28-40 years past expiration. The results found that 86% of the 14 tested drugs (12 drugs, multiple batches of each) had at least 90% of their labeled potency, which would fall within the FDA’s acceptable range of potency for batches that are still within their expiration period.

Dr. Cantrell and the other authors of the aforementioned study are careful to acknowledge that their retained potency data do not address whether the drugs’ safety profiles may have become altered over time. Theoretically, small levels of degradation products could gradually accumulate, including some degradants which had been either undetected or quantified within acceptance criteria during the time of shorter-term (e.g., 2-4 years) stability analyses following original production of the drug product.

However, whereas a decrease in potency of the active component may result in an increase in an impurity/degradant, if some old expired drugs have retained most of their original potency, it is reasonable to expect that they may also have an essentially unchanged impurity/degradant profile. In addition, conformance to pre-expiry in vitro release testing would assure acceptable bioavailability.

Arguments for Re-Analysis of Expired Drugs

One could pose the following argument loosely based on the precedent of the presumed safety of generic drug products, which are formulations that can be marketed without long-term human safety testing:

It seems reasonable to postulate that re-analyses of expired drugs could identify some for which expiration could be re-established and thus qualify for recycling into clinical use.

Criteria of sameness between expired and unexpired lots would need to be codified, and a method would need to be established for determining a new expiration date for such products. However, if a process of re-qualifying an expired drug could be established that was cost-effective, drug wastage due to expiration might be decreased. This would not only benefit the overall cost of medications in the US, but would also help address the problem of drug shortages all too common these days.

It has gradually become clear that at least some drugs are extremely stable over long periods of time, and it seems a shame to simply toss them out upon expiry.

Could such medications, if shown by evaluation such as SLEP to retain adequate potency, be donated to developing countries in which the usual commercial product is either prohibitively expensive or not readily available, or be used in the US during periods of critical drug shortages? More generally for standard, common drugs used in the US, should there be an attempt to remedy the clear conclusion that expiration dating often underestimates the shelf life of products?

We wonder whether a mandated post-market commitment to evaluate a product’s potential for extended stability might be a reasonable consideration.

Do you have questions about SLEP, or drug expiration date restrictions? Contact ProPharma Group to get answers from our team of experts, who can help you with everything from FDA meetings to staying compliant with strict and sometimes confusing FDA regulations. 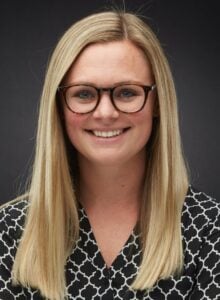 According to an infographic report from the California Life Sciences Association (CLSA), FDA approval times have decreased by nearly 50% since 2009.  The infographic, entitled “Tracking FDA Drug...

Recently, FDA published a guidance (entitled “Design and Analysis of Shedding Studies for Virus or Bacteria-Based Gene Therapy and Oncolytic Products”) providing sponsors with recommendations on how...