Will There Ever Be An FDA-Approved Generic Insulin?

On February 25, 2015, FDA approved Toujeo, a once-daily, long-acting recombinant insulin. A year earlier an inhaled formulation of insulin, Afrezza, was approved. These recent additions to the clinical approach to maintaining glycemic control in patients with diabetes are just the latest in a long series of insulin innovations going back almost a century. In a most interesting article chronicling the history of insulin development and progress, a strong case is made that each of the incremental innovations in insulin product chemistry have progressively improved the clinical control of blood sugar in diabetics. Regular insulin, protamine insulins, premixed short- and intermediate-acting preparations, lente (acetate precipitation) insulin and genetically modified insulins have each provided new and beneficial insulin characteristics such as rate of glycemic onset, peak time of activity, duration of effects, and risk of immunogenic responses. Switching from natural source insulin to recombinant insulin logically followed the development of recombinant technology. Alternative delivery products such as inhaled insulin and still-in-development oral insulin further illustrate the innovation in insulin chemistry.  Because of these innovations, the management of diabetes has become extremely sophisticated and can be highly individualized, and the available products are quite distinctive.

Conspicuously missing from this picture is any version of generic insulin. Despite all the new insulin approvals over the decades, no generic formulation has been developed, although in the EU a number of biosimilar insulins have been developed. Although EU biosimilar products are often considered generics, they typically have a new-drug level of effort for development. The EU-approved biosimilar version of Lantus (Basaglar, approved last year) currently has a tentative FDA approval as an NDA rather than as an ANDA, pending patent litigation.

As discussed in the referenced article, new insulin products replaced old insulin products without the usual step of introducing generic competition once patent expiration made generic development possible. Presumably, generic drug manufacturers thought that the more modern innovative insulin products would be preferred over the older formulations regardless of cost. However, a relative lack of novel next-generation insulin products in development may finally make generic insulin an enticing market opportunity. Biosimilars, though a bit less expensive than standard new drugs, are still quite costly compared to generic formulations. Development of generic insulins would be a sure benefit to control of healthcare costs in the U.S. and might stimulate some interesting clinical studies comparing outcomes with expensive new insulin products vs. the older, cheaper generic products.

Words, Words, Words: The Importance of Diction in Regulatory Submissions

In a recent post on the FDA Voice blog, the Agency reported that its generic drug program hit record highs in 2016.  In the blog post, Kathleen “Cook” Uhl, M.D., Director of FDA’s Office of Generic... 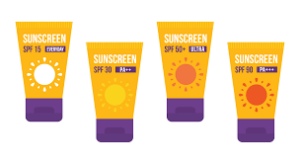 Over-the-counter (OTC) drugs are defined by the FDA as drugs that are safe and effective for use by the general public without seeking treatment by a health professional. Currently, there are more...